Alongside the eastern slope of the citadel runs a ramp created by the Iranian army in the late 1980s. On top of the mound it cuts through the circumferential rampart and reveals in the northern section the remains of an ancient wall. Investigations were conducted in season 2011, when Area BA-4 was laid out.

The main feature in Area BA-4 was a strong foundation wall of at least 6.5 m width. It was built of red mud bricks of 40 x 40 x 10-12 cm, a format that matches Late Assyrian standards. Obviously only the lower part of the foundation was preserved, as the foundation pit was clearly visible, but no floors were connected to the wall. The pottery found within the wall and its bricks revealed no glazed sherds, instead, the ceramic material was mixed from various periods contemporary with or older than Iron Age. 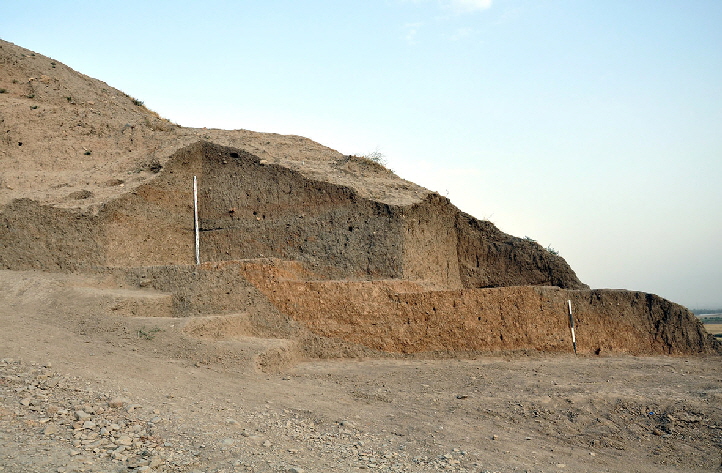 Other exposed structures, a mud brick wall and a rubbish pit, above the foundation wall date to the Islamic period. The pit was cut when the mound was re-fortified in the Middle Ages by creating the still visible steep slopes and the surrounding moat.